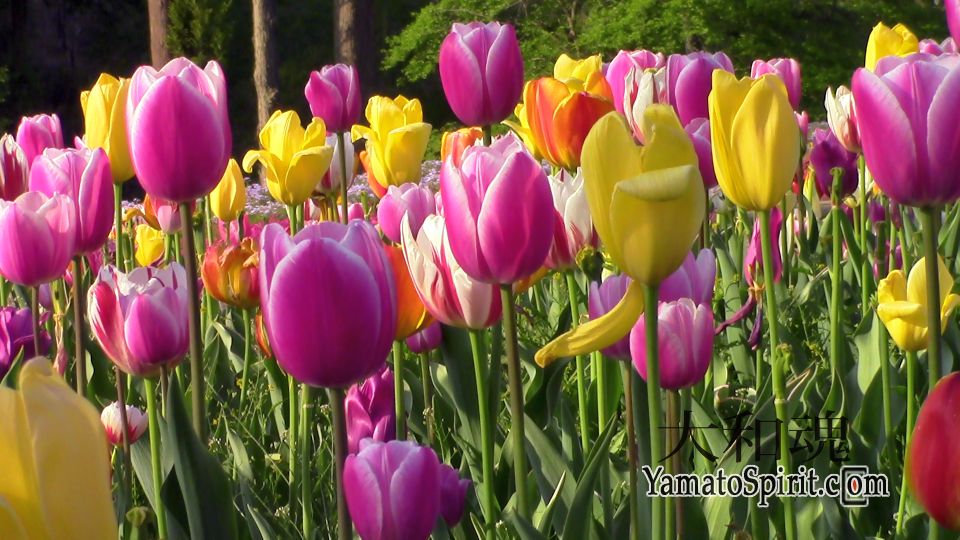 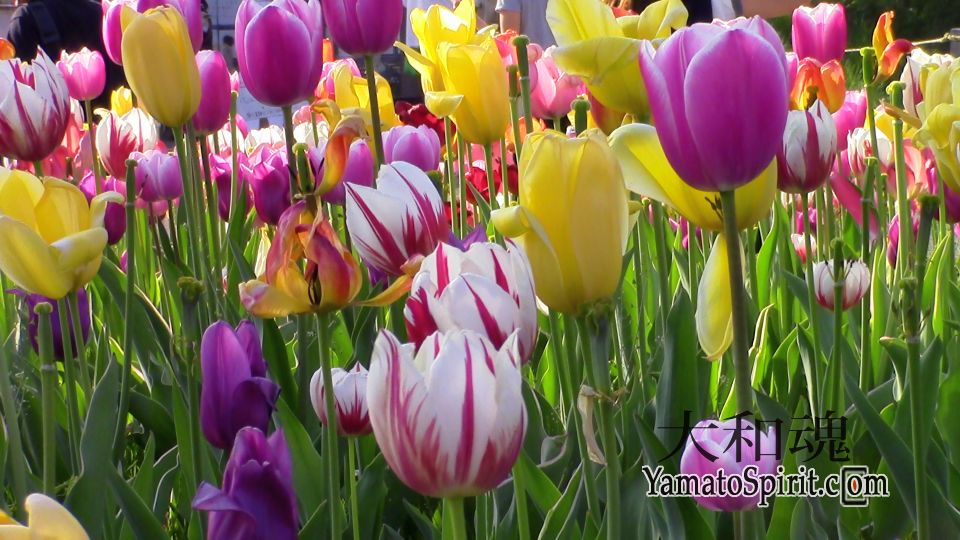 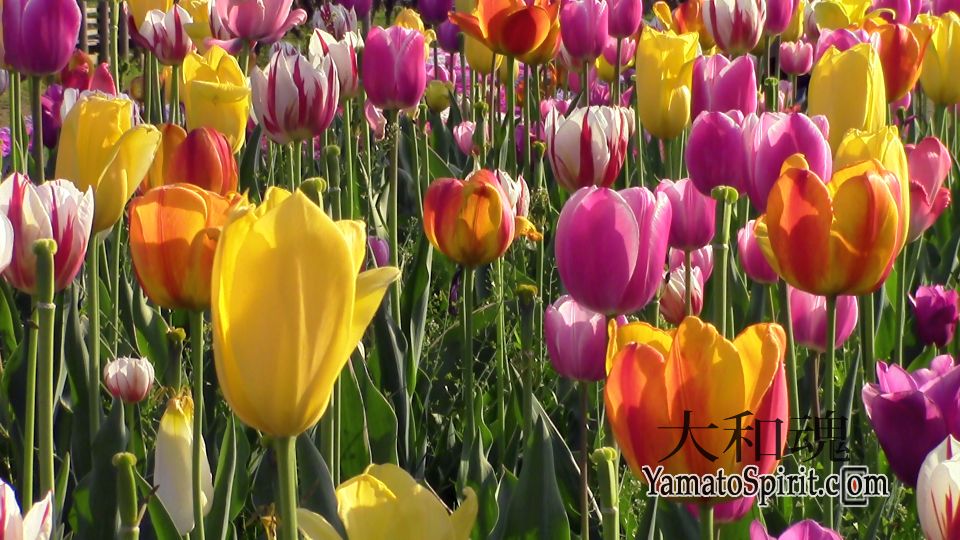 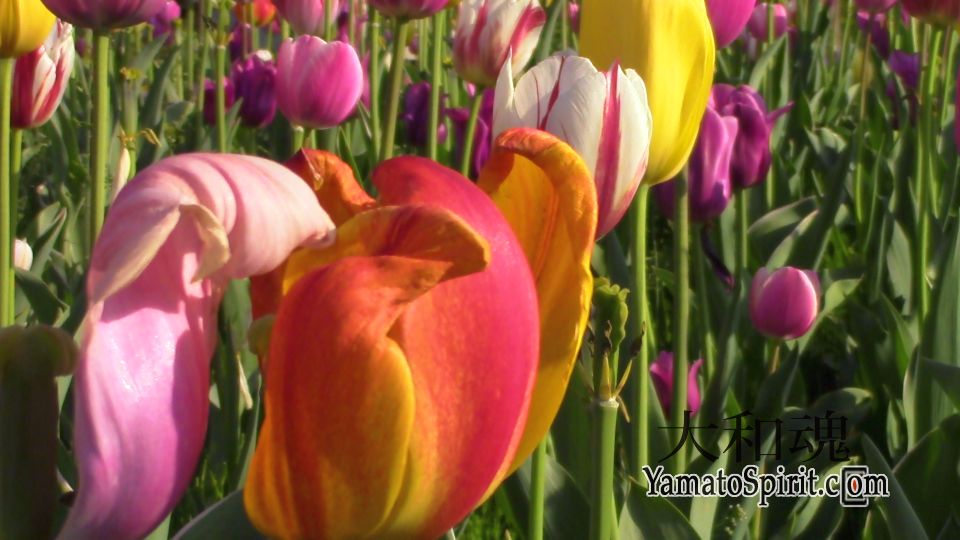 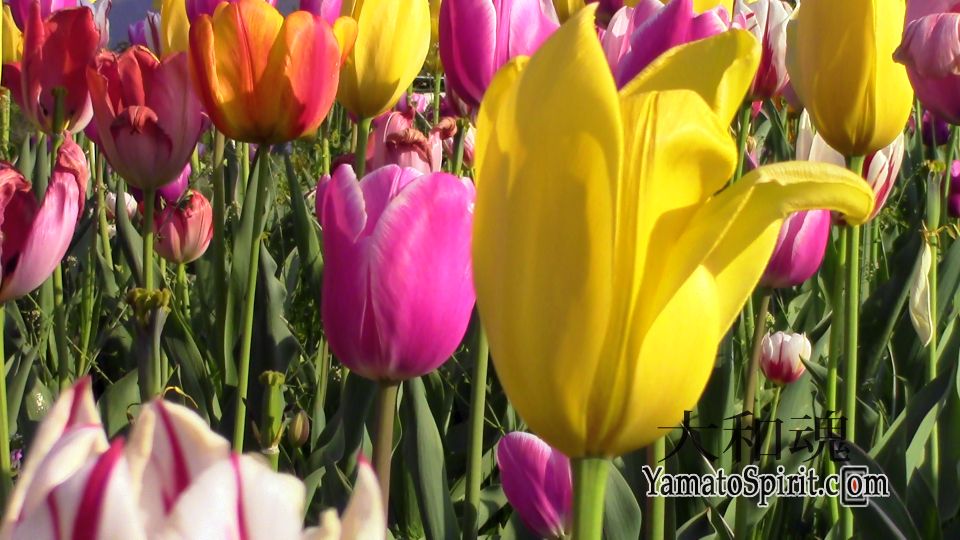 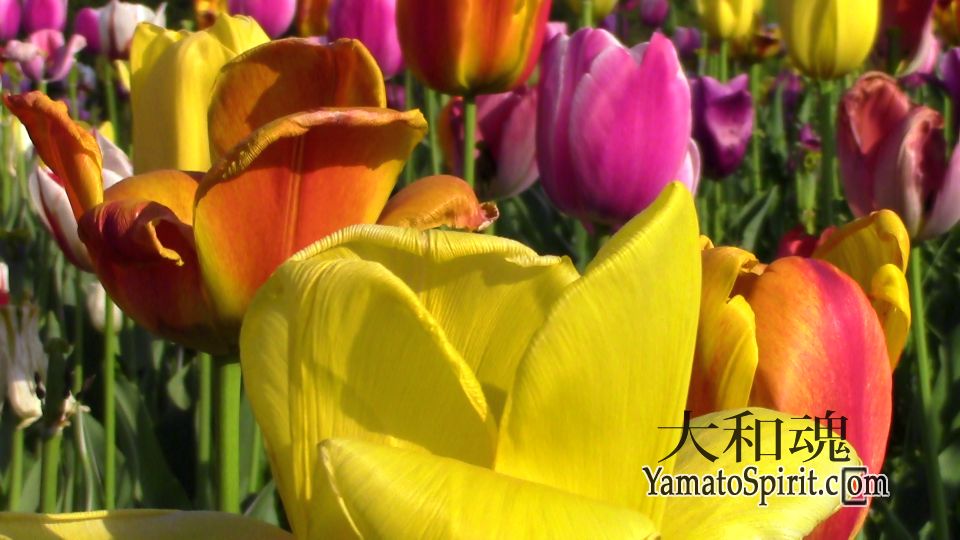 The tulips are in full bloom at the shibazakura festival – Enjoy their beauty. Its worth going if you live in Saitama. Actually, its not that far from Tokyo. Mountain cuisine is truly great and the people are just wonderfully nice and welcoming.

Spring has finally come to Japan after a long and cold, though for us, uneventful (Yay, No Snow!) winter. Today we went to the mountain town of Chichibu to see the Shibazakura. Some years ago the townspeople got the great idea to create a carpet of flowers, “Shibazakura” to welcome the spring and welcome visitors to their beautiful town. This is the view from the path that takes you to the flower event. Such a breathtaking view.

On the path we found wild flowers and color of an amazing scope and variety. Yokoze is really an enjoyable place and a lot of fun for the whole family. A gentle climb eventually takes you to the shibazakura, just ahead, but until then enjoy the scenery and the vibrant life and beauty springing up all around you now that winter has faded to a memory. 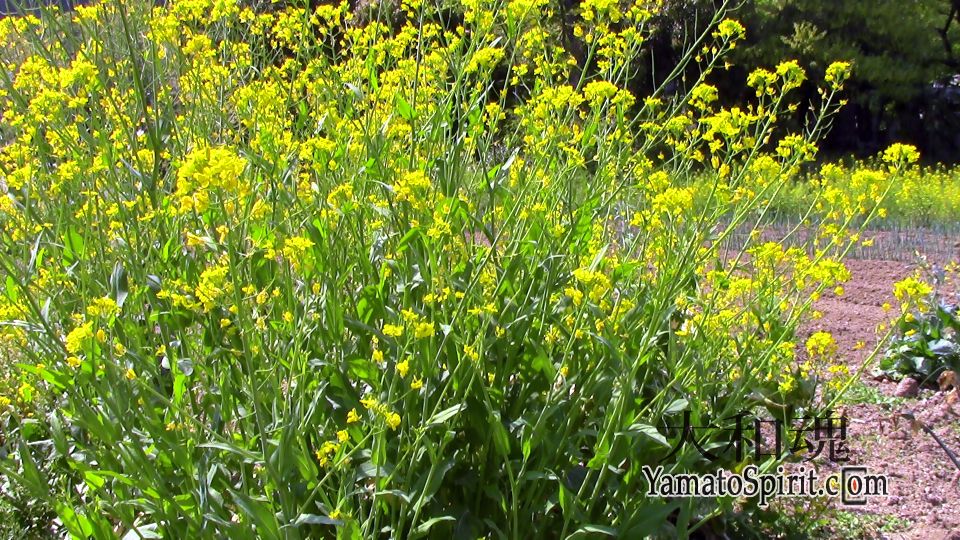 This wood pile is not just an ordinary wood pile used for firewood. Rather this wood is used to grown mushrooms the old fashioned way. Japanese people in the mountains have been growing mushrooms this way for centuries. Just because it is 2015 some things do not need to change. A little closer to the festival we find more and more color. Gardens are everywhere and this beautiful house garden lines the road to welcome travelers and help guide the way to shibazakura. On our way home we found this beautiful lake. It is actually an ancient reservoir that has some very interesting history. History going back 1000 years and relates to an up-rising in the region, one of the only uprisings of local people against the central government of the time. 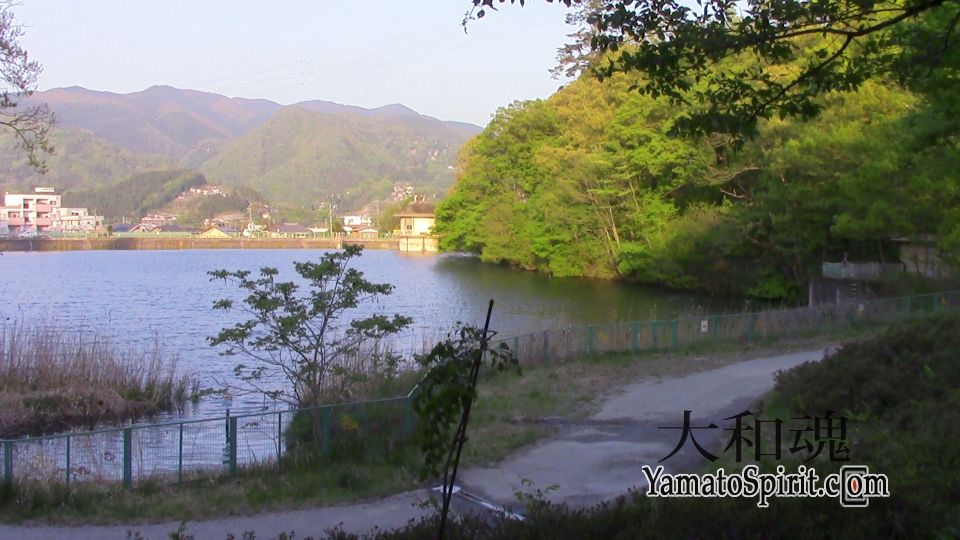 We were visiting Irumashi the other day. Their is a cool section called Johnson town, the subject of another post coming up in the next few days. Across from Johnson town are schools and a massive park network with places for picnicking, walking, jogging, biking, cosplay shoots, (another post coming) and at least two lakes.

Its a vibrant and great place for the whole family and for…this pond of koi. These fish are HUGE. 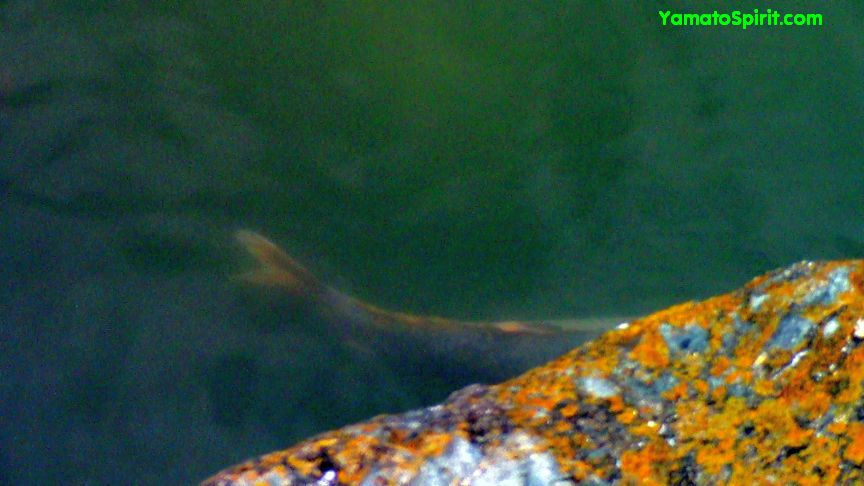 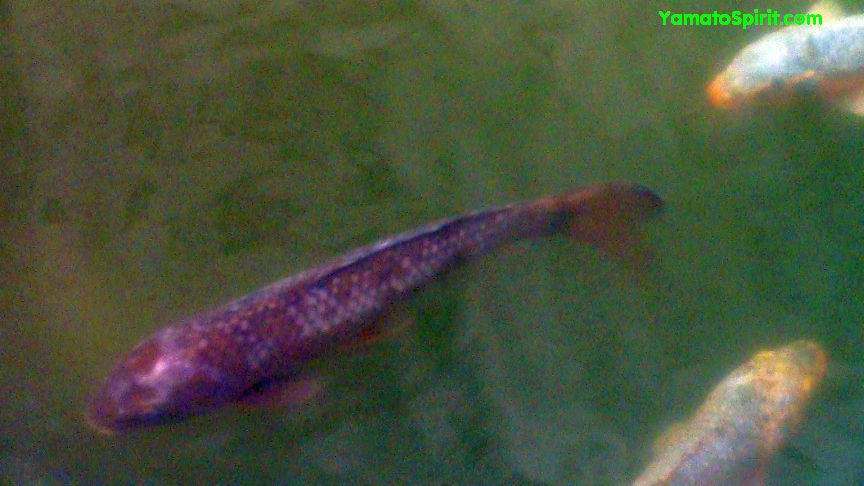 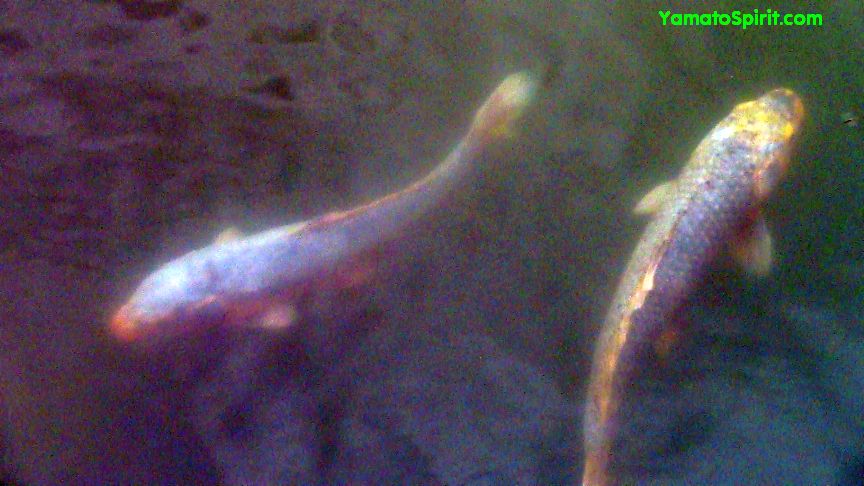 In this pond, the koi are feeling the love with splendid colors. Iruma has a beautiful pond and a larger lake. Koi are in abundance in this pond, a koi pond I guess. Their colors are beautiful and they are very friendly. In this pond, the koi are feeling the love with splendid colors. I’m convinced there is a special magic at work in this park. We did not retouch or re-color the photos in any way. We re-sized them and added our website’s watermark and that was it. I wasn’t sure if I would post them beforehand. It was a cloudy day, the pond was murky and the fish were looking…a little bland. Probably feeling the rain and the chill of the weather.

I guess something happened somewhere because the koi you see above truly represent the life force they gave off to our group. They were very active, jumping around almost, and I guess they just wanted to show their true colors. Remarkable.

Do you have any animal, fish or wildlife photos we can post? If you do, please contact us here t the site. We’d love to share your work.
KAM

It’s October and time for the scary ghosts and goblins to come creeping out for the fall. Well, for me anyway. I love this season, the changing leaves, the cool night, warm mornings that fade to crisp afternoons. I also spend more time out hiking about all the beautiful parks, rivers and forests near our home. I came across this lovely little specimen of terror, well, for bugs and small insects that fall prey to it’s incredible web building techniques.

Please leave a comment if you know what this lovely spider is called. In Japanese or English, both are fine. I see a lot of these around and the bright colors tell me I should keep my distance. One of the highest volcanoes in Japan has erupted.

Police say 6 people were injured. Two of them have fractured bones. One, a woman in her 40s, suffered serious injuries to her legs after she was hit by flying rocks.

Three others are missing and are believed buried under volcanic ash. A 4th person who was buried under ash was later rescued but remains unconscious.

About 80 police are searching for other people who may still be on the mountain and may be injured.

Mount Ontake is located between Nagano and Gifu prefectures. It lasted erupted 7 years ago.

TOKYO (Reuters) – A Japanese volcano erupted on Saturday, injuring at least eight people, leaving more than 250 people stranded near the peak and forcing aircraft to divert their routes, officials and media said.

A thick, grey cloud of ash rose into the sky above Mount Ontake and a witness said small rocks were being hurled into the air along with the ash. The number of injured was expected to rise, an official said.

“It was like thunder,” a woman told broadcaster NHK. “I heard boom, boom, then everything went dark.”

The Meteorological Agency said the volcano, which straddles Nagano and Gifu prefectures 200 km (125 miles) west of Tokyo, erupted just before midday and sent ash down the mountain’s south slope for more than three km (2 miles). There was no sign of lava from the TV footage.

“Seven people were lightly injured and one person suffered serious injuries as a result of the eruption,” Makoto Hasegawa, of the Nagano prefecture fire department, told Reuters.

“Planes are diverting their flying routes to avoid the ash.”

NHK quoted police as saying more than 250 people were stranded near the top of the mountain, which last erupted in 2007, and rescue workers were on their way.