We were on our way to the local train station when I looked up and caught a glimpse of what I thought was a rainbow high in the sky on a sunny Tokyo afternoon. Instead of a rainbow the atmospherics at work are called “Sun Dogs.” I pulled out the camera and took a few nice shots before continuing on. Have you ever seen a “Sun Dog”? Post your links in comments. I’d like to see more pics of this cool atmospheric event from friends, readers and other travelers. After doing a little research we discovered Sun Dogs are believed by some in Japan as a signal of an impending earthquake or as a precursor to a Typhoon or Monsoon. Since we are expecting a Typhoon to hit our area sometime in the next few days I am hoping that our seeing this Sun Dog has more to do with that rather than an earthquake. So weary of earthquakes and the threat of them. 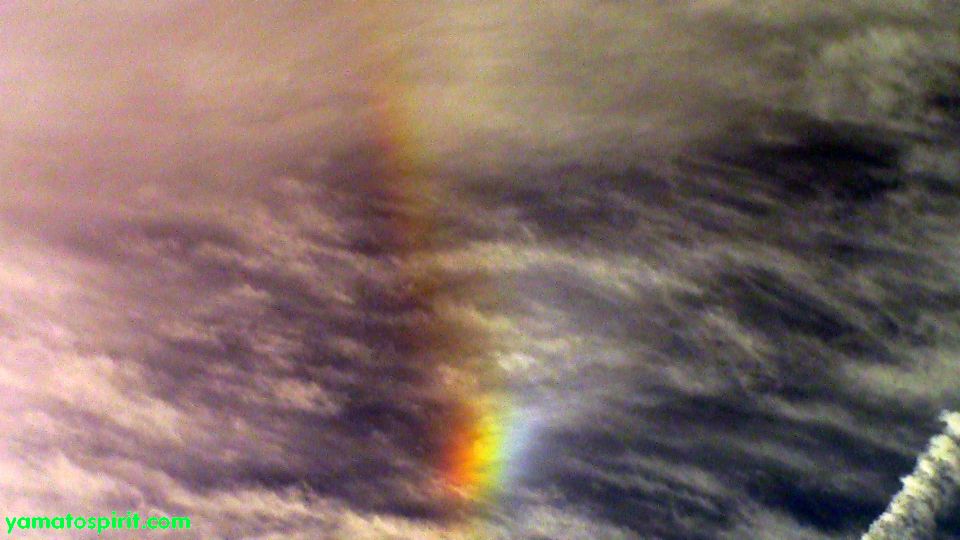 Some interesting articles on the web about Sun Dogs. 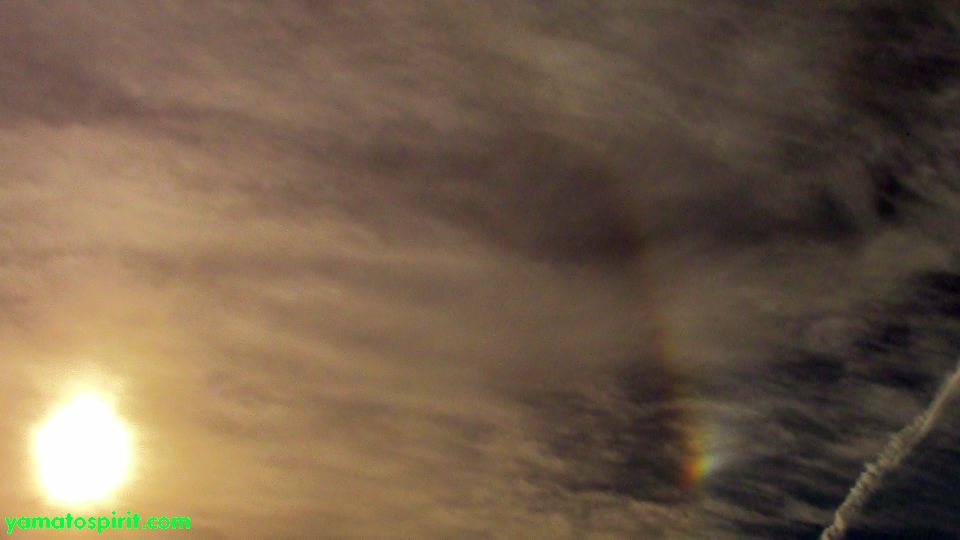