I am very excited to see this new exhibition by the marvelous Japanese pop artist, Mariko Mori. 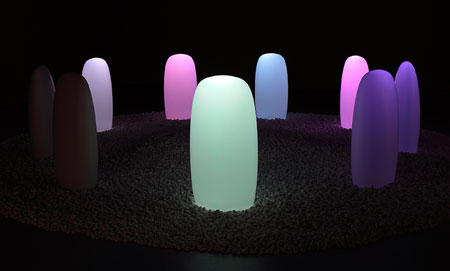 EXHIBITION
Rebirth: Recent Work by Mariko Mori
An icon of 1990s Japanese pop art, the visionary artist Mariko Mori has always transformed herself effortlessly and faster than anyone else into the future. Japan Society Gallery presents her latest countenance in this major solo exhibition, Rebirth, as a significant artistic statement by Mori. The entire gallery space is transformed into Mori’s world through 35 sculptures, drawings, photographs, sound and video works, strung together into a narrative of birth, death and rebirth—a continuous circle of life force that the artist observes on a cosmic scale. Journey through space, time and consciousness in this immersive installation.
For more information and to get tickets, visit the Japan Society of New York
Friday, October 11 — Sunday, January 12
From Ms. Mori’s wiki
Mariko Mori was born in Tokyo in 1967. Mori’s father is an inventor and real estate tycoon, and her mother is a Historian of European Art. While studying at Bunka Fashion College in Tokyo in the late 1980s, Mori worked as a fashion model. It was at that time that she had her first exhibitions. In 1989, she moved to London to study at the Chelsea College of Art and Design and studied there until 1992.[1] After graduating, she moved to New York City and she participated in the Independent Study program at the Whitney Museum of American Art. Mariko Mori now resides in New York and Tokyo.
Learn more
Tweets by @YamatoSpiritJP